They reached the top of the business world enjoying great wealth, and unprecedented power, influence and prestige. What made them risk all of that and commit huge financial scams that shattered the lives of people depending on them?

This is a difficult question. Here are a few explanations that may shed light on the motives of people, like Bernard Madoff, who had it all, wanted more and ended up with nothing. 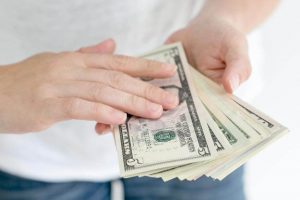 The most obvious explanation is insatiable greed. We live in a competitive world in which the more you have, the more you are appreciated. It’s not enough to be a millionaire; you want to be a billionaire.

The problem with this explanation is that some of the most well-known embezzlers were already multi-millionaires or billionaires. For example, Dennis Kozlowski, former CEO of Tyco International who was found guilty of stealing $81 million, used to spend a few million dollars for each party he had.  He didn’t lack money

The ability to control the lives of others like a man pulling the string of a puppet may explain the drive to take other’s money. At his peak, Madoff had 4,800 clients all depending on him.  This gave him a sense of intoxicating power being able to control the destiny of thousands of people. Investigators estimate the volume of Madoff’s scam at more than $60 billion. This is the annual budget of a small country.

Some embezzlers find all sorts of justifications for what they do. For example, they tell themselves that they are not stealing the money but borrowing it. They also blame governmental regulations which they try to bypass for the “benefits” of their clients.

Sometimes we are dealing with grey areas. Imagine a bank manager who sees a crisis approaching regarding the bank’s deposits. Should he tell the shareholders? If he does that, he may exacerbate the problem and even cause the bank to collapse. On the other hand, if he doesn’t, and the bank collapses, he may be accused of deception.

The alienation and detachment from real human beings in the financial industry were what enabled white collar criminals to carry out their scams in such a large scale for such a long time.

When you forcibly take money from a person’s wallet, you are physically close to the one you rob; you touch his property; you see his reactions. When running a Ponzi scheme, you stay physically and emotionally far from your victim who is nothing more than a number or financial figure.

A clear example of alienation and disconnection of Wall Street managers from their clients is given in the case of Steven Hoffenberg – the chairman of the financial services company Towersinvestors.com who pleaded guilty of a Ponzi fraud of $475 million in 1995. Hoffenberg admitted that, in his eyes, his actions were nothing more than a business problem that had to be taken care of. He never thought of all those people whose lives he ruined.

Meta-description: What makes top Wall Street managers risk everything they have and commit huge financial scams that shatter the lives of people depending on them