We all tend to think that our justice system has some inner logic in it. After all, the United States is an advanced country and our lawmakers are intelligent and educated people. Well it turns out that there is a bunch of weird laws in America that have no apparent rationale behind them apart from being ridiculous. Here are the 10 weirdest ones.

1) If you get drunk in a Bar in Alaska you have broken the law. You can drink as much as you want (on condition that you are older than 21), but the moment you become drunk, you have to leave the bar. 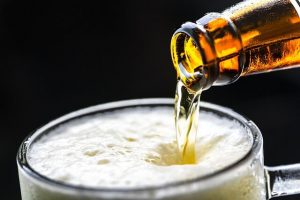 2) Since 1989, it is not allowed to toss a dwarf in Florida. This law was probably meant to protect the dignity of dwarves as human beings but it turns out that there are many people in the Sunshine State who miss the game of dwarf-tossing in a bar as there was an attempt to repeal the law in 2011. By the way, the strongest opponents of this law are the dwarves themselves who claim it hurts their livelihood.

3) In California, you mustn’t eat a frog which died in a frog-jumping contest.  This contest is dated back to the 1930s. The authorities were probably guided by health consideration thinking it would be unsanitary to eat a frog that ended its life in a crowded competition.

4) It’s forbidden for liquor stores in Indiana to sell chilled soda and water, but if these drinks are unchilled, they can be sold.

5) In Idaho since 1990, eating human flesh is unkosher not only for Jews but for the general population as well. Cannibalism is allowed only in extreme cases that involve survival. In practice, there was no need to enforce this law because 99.999% of the people find humans to be unpalatable.

6) From 1931 onwards, adultery in Michigan is punishable by up to 4 years in prison and a fine of $5,000 dollars. If a married person engages in a sexual intercourse with an unmarried person, the latter is also considered adulterous and may suffer the same punishment. If this law had been fully enforced, the state would have probably had to build a lot more prisons to inhabit all the convicts. 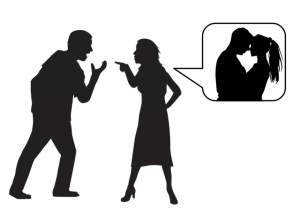 7) In North Carolina, people cannot play bingo more than 5 hours without breaking the law. What is more, organized bingo can be played only once per two days and the prize for winning the game must not exceed $500. It turns out that bingo is conceived as a threat to public order.

8) In Texas, religion is taken more seriously than any other place in the U.S. at least officially: a person cannot run for office if he doesn’t accept the existence of God above.

9) No sex till marriage is part of Virginia’s Statute. Regardless of your age, if you engage in sexual activity outside marriage, you may be charged with Class 4 misdemeanor.

10) And lastly, in New Hampshire, collecting seaweed after the sun sets is banned. Seaweed is mainly used in agriculture for manufacturing fertilizers.

If you want to find out whether a person you know has violated one of these laws or any other law in the United States, you are invited to carry out a criminal background check using the online search tool offered by usarrestsearch.org.